The history of cooperation between Kainuu and Russia is long and the cooperation runs through several channels. The region of Kainuu has, for example, participated cross-border cooperation since year 1996 via a series of EU programmes, and been a part of a cooperation area and a political forum of Euregio Karelia since year 2000. In addition, the cooperation has found new, concrete forms, such as arranging the annual Kostomuksha Business Forum. The Kainuu region’s cooperation with Russia is coordinated by a separate strategy paper.

The history of cooperation between Kainuu and Russia is long. The most important time for development of the connections was the building of Kostomuksha during years 1974 – 1983. After that, the close cooperation has continued in different forms. The city of Kostomuksha turned 30 years in 2013, this was also celebrated together.

The region of Kainuu, together with the Finnish regions of Northern Ostrobothnia and Northern Karelia, has participated cross-border cooperation with the Republic of Karelia since year 1996 via a series of EU programmes. A large amount of cooperation projects have been carried out via the programmes.

At the moment, Karelia CBC Programme is implemented in the area.

On February 24th 2000, a cooperation area and a political forum of Euregio Karelia formed by the regions of Kainuu, North Karelia and Northern Ostrobothnia in Finland and the Republic of Karelia in Russia was founded. The basis of the foundation was common aim of the partner areas to improve living conditions of inhabitants through cross-border cooperation.

The objective of Euregio Karelia is to operate as a cooperation forum of the participants, deepen member areas programme and project based cross-border cooperation, as well as to bring strategic and political guidance into the cooperation. Regional lobbying is also an important task of the Euregio Karelia.

The Kainuu region’s cooperation with Russia is coordinated by the document ”Russia Strategy 2021-2027”, which was accepted by the regional board in June 2021. The strategy aims to implement the objectives of the regional program by activating and diversifying the development in the region.

There also is a ”Russia Strategy Work Group” with the task to promote and monitor the implementation of the strategy and to anticipate the changes in the operating environment. The group reports on its activities to the regional board and makes proposals on how the cooperation should be developed. The aim of this work group is to come up with clear, concrete suggestions that will benefit the Development of Kainuu region.

The Barents Link Center in Kostomuksha was built during a project funded by the Euregio Karelia Neighbourhood Programme and is owned by the city of Kostomuksha. Street address to the centre is: Parkovaja 50, 186930 Kostomuksha.

The Barents Link Center consists of office spaces and spaces suitable for meetings. Some of the premises are offered to the use of organisations from the Kainuu region on advantageous terms. The personnel of the business center is available to assist in arrangements (for example the technique and the coffee service) for an extra fee.

Inquiries and reservations via e-mail: mus.kost(at)mail.ru either in Russian, English or Finnish. 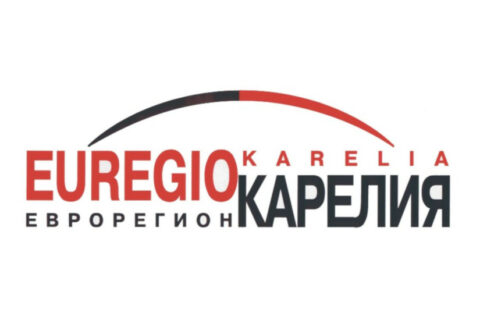 The aim of Euregio Karelia is to improve living conditions of inhabitants of the cooperation area through cross-border cooperation.

Karelia CBC is a cross-border cooperation programme creating an attractive region for people and business. Programme is financed by the European Union, the Russian Federation and the Republic of Finland. 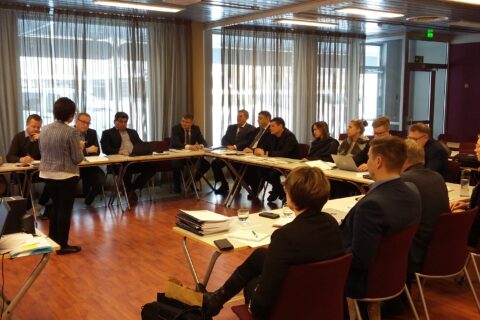 The objective of BRTL project is to put the state level multilateral joint strategy document "Joint Barents Transport Plan (JBTP)" in practice the on the regional level. 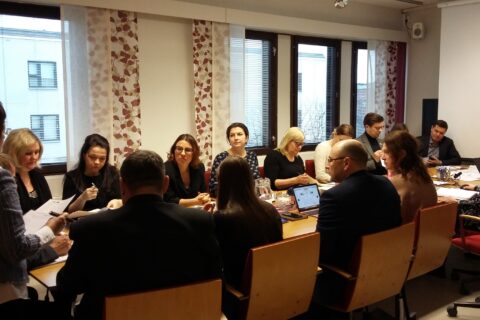 The NABL project aims at improving east-west corridor traffic and cross-border mobility on the Northern Axis and connecting those up to the Arctic Ocean.